Billy Hart
Early on Hart performed in Washington, D.C. with soul artists such as Otis Redding and Sam and Dave, and then later with Buck Hill and Shirley Horn, and was a sideman with the Montgomery Brothers (1961), Jimmy Smith (1964–1966), and Wes Montgomery (1966–1968). Hart moved to New York in 1968, where he recorded with McCoy Tyner, Wayne Shorter, and Joe Zawinul, and played with Eddie Harris, Pharoah Sanders, and Marian McPartland.

Joshua Redman
Joshua Redman is one of the most acclaimed and charismatic jazz artists to have emerged in the decade of the 1990s. Born in Berkeley, California, he is the son of legendary saxophonist Dewey Redman and dancer Renee Shedroff. He was exposed at an early age to a variety of musics (jazz, classical, rock, soul, Indian, Indonesian, Middle-Eastern, African) and instruments (recorder, piano, guitar, gatham, gamelan), and began playing clarinet at age nine before switching to what became his primary instrument, the tenor saxophone, one year later. The early influences of John Coltrane, Ornette Coleman, Cannonball Adderley and his father, Dewey Redman, as well as The Beatles, Aretha Franklin, the Temptations, Earth, Wind and Fire, Prince, The Police and Led Zeppelin drew Joshua more deeply into music. But although Joshua loved playing the saxophone and was a dedicated member of the award-winning Berkeley High School Jazz Ensemble and Combo from 1983-86, academics were always his first priority, and he never seriously considered becoming a professional musician. 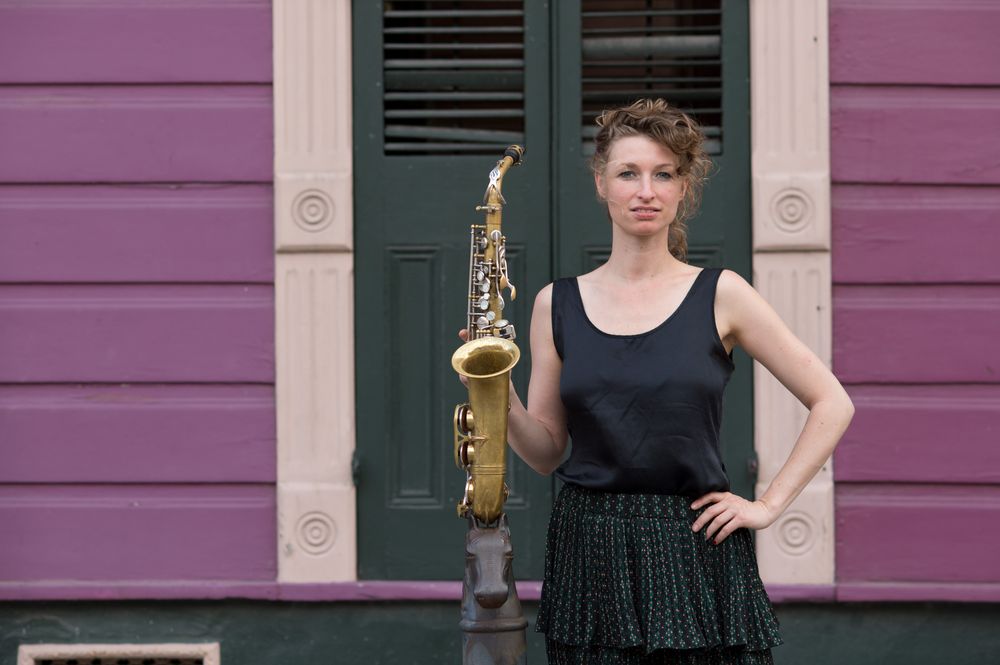 “Henry” grooves, rumbles, puffs and belts out, inspired by the Jazz music of New Orleans. Zurich-based saxophone player Nicole Johänntgen has been on the bandstand for 22 years, and she puts heart and soul into her playing. Most recently she spent six months in New York City, writing the songs that she subsequently recorded in New Orleans. The lineup includes tuba, trombone, drums, and saxophone.
Seven new compositions, fresh and vivid: New Orleans’ legendary and boisterous “Second Line Drum Grooves” join the pulsing tuba, providing the bass foundation for racy choruses between bone and sax.
Mutual friends introduced Nicole to her new cronies from New Orleans. It was the American saxophone player Arthur Blythe who encouraged her to collaborate with the tuba. (In the nineties, he was noted for his work with tuba, congas, and cello.)
Another source of inspiration came from Nicole’s own family background: When she was still a schoolgirl, her father Heinrich (Henry) Johänntgen used to play the trombone as a wake-up call when it was time to get up. “Henry” renders homage to her family.

“Lovely compositions in New Orleans packaging, but with an energetic Johanntgen who wants to move outside the other musicians’ comfort zones, which makes the album more than a usual New Orleans session. It is an exciting album, where the young German creatively exploits the traditional New Orleans sound, while developing it in a charming way.” Jan Granlie, Salt Peanuts webzine

“Nicole has something very special in her playing – a big and generous heart. An exceptional energy!”
David Liebman